Although my CLACS thesis project is to document the history of the LGBT movement in El Salvador, I write today from Tegucigalpa, Honduras, on the fifth anniversary of the coup in this country. I am a CLACS/Journalism M.A. student, and my Honduras trip is in the name of the journalism half of the equation. I’ve spent the past week in Tegucigalpa and Choluteca, chasing a story about a development program the government is about to begin: “charter cities,” or ZEDEs for their name in Spanish, financed by millions of dollars from international investors. This is an extremely controversial program. It will allow investors nearly total control of the territory that the government concedes to them to create their “special development region.” According to the text of the ZEDE law, investors will be able to set everything from the laws within the territory, to the local language, to the tax and educational systems. Some civil society organizations fear that local and national government will virtually disappear in those regions.

Multiple unconstitutionality suits against the ZEDE have been filed in the Supreme Court. The first time, the Court ruled it unconstitutional, but after four of the five sitting judges were removed from the court by Congress, the new court has showed signs that it will give ZEDEs the green light.

The Korean government will finance the first charter city, which will be located in an area in the south of the country, Choluteca. Some people who live in the region are eager for the ZEDE to come, because they believe it will bring jobs. Others fear how drastically their lives could change in the near future. Hondurans already grapple with deep-rooted corruption, an ever-stronger drug trade, and the world’s highest murder rate of a country not at war.

Today, more than 1,000 Honduras hit the streets to protest the coup that took place five years ago. Their signs and chants were not only about how democracy was upended by the oligarchy that day; they also attacked ongoing problems like militarization, privatization, and development policies that they believe prioritize money over people. The photographs are from the protest.

I return to El Salvador next week, where I’ll continue with life history interviews with LGBT activists. Upcoming posts will address those interviews. 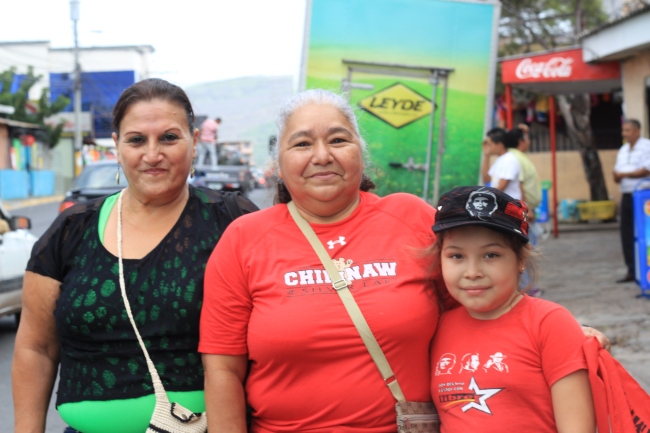 8 year old Rosa Yissel wants to be a Spanish teacher when she grows up. She came to the protest “to support Mel” — ousted president Manuel Zelaya.

This couple’s sign refers to the belief that many Hondurans have that the U.S. government was, in one way or another, supportive of the coup, and continues to push detrimental economic and security policies on their country.

Ousted president Manuel Zelaya addresses the crowd at the downtown park where the protest ended. Many sectors of civil society were represented among the throng, including labor unions, feminists, LGBT activists, university students, and Christian churches. The Libre flag in the background represents the new political party that formed from the resistance to the coup. Its first presidential candidate, Xiomara Castro—Zelaya’s wife—lost to current president Juan Orlando Hernandez. Her picture appears in the background of this image. 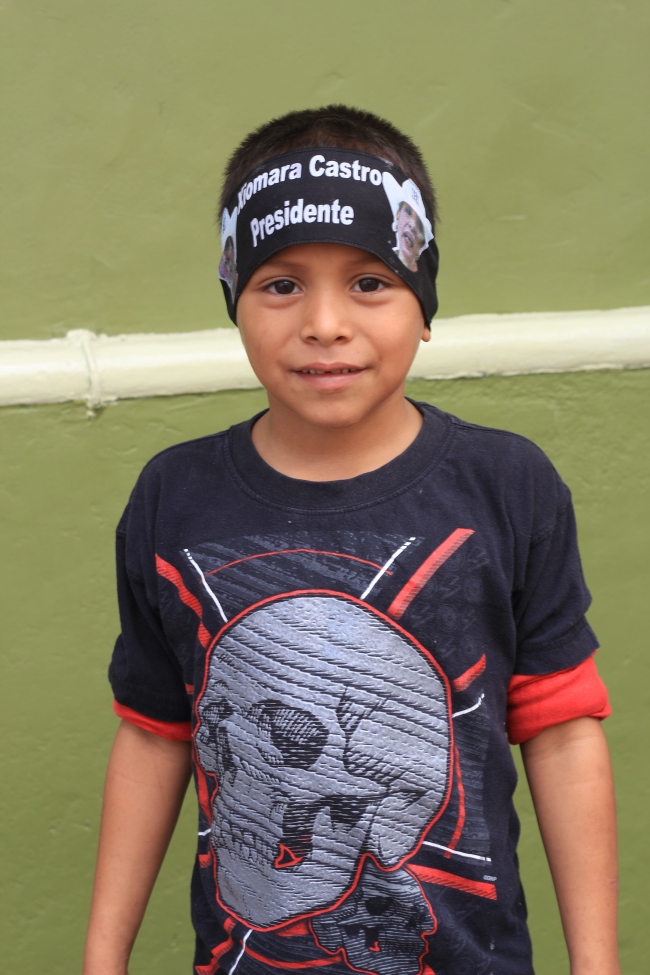 Juan David was one year old when the coup happened. 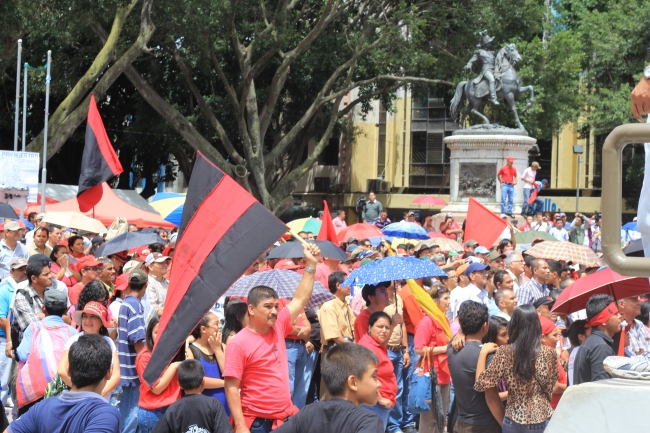