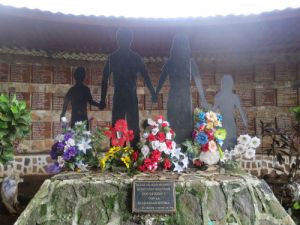 The governing party that held power after the civil war ended, ARENA, made neither an effort to preserve the memory of the civil war, nor have a dialogue about what occurred during that time. Since the left-wing FMLN party came into power with the election of Mauricio Funes in 2009, the same issues have remained. The government has failed to integrate education about the war into school nation-wide, and teachers are not required to discuss in the classroom what happened during the civil war. However, there is a program in which the government provides transportation for students throughout the country to visit museums, whether regarding the civil war or not, in order to promote historical memory. 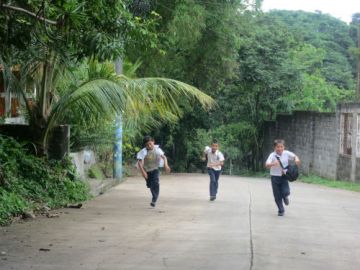 According to the various students I interviewed, individual teachers decide how to present material from this time period, and there is much variation depending on whether the school is catholic or non-catholic. From the interviews I conducted, the catholic-based schools tend to be more likely to present issues of the civil war, like UCA, Sagrado Corazon, etc. These are all private institutions that do not follow regulations of the public education system. Whether or not students in the public schools learn about the civil war is up to each teacher in the classroom.

Since the civil war there has been a polarization in national identity. The country is not so much divided by class, gender, or race, but instead divided by political party. Therefore how do you create a practice that promotes historical memory equally? Because the polarization of nationality is imminent in the post-generation, can there be an  education reform to promote historical memory?